“Having been in the business for 50 years I naturally take a great interest in other peoples’ work, and I wish to say that in attending orchestral rehearsals and performances conducted by Jonathan I was most impressed at his handling of orchestral players, at his rehearsal technique generally, at his knowledge of the music (which he had obviously prepared with great thoroughness) and at the high standard of his performances.”​ 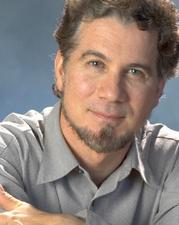 “As a talented composer and conductor, articulate teacher and innovative collaborator, he is a rare find.”

“Jonathan has an energy and enthusiasm rarely matched by his peers in this field of endeavor.  He has demonstrated not only a great talent, but also a valuable sensitivity toward the work of the musicians, and the needs of the dancers.  Jonathan has a technical ability to handle difficult pieces, and is capable of eliciting commanding and rich performances from an orchestra.”

Mr. McPhee's works as an arranger and composer are in the repertoires of orchestras and ballet companies around the world. His edition of Stravinsky's “Rite of Spring” is the only authorized reduced orchestration of this work. Mr. McPhee’s compositions and arrangements are published by Boosey & Hawkes, Inc. and Schott Music in Germany.

Mr. McPhee's best-selling recording of “The Nutcracker” with the Boston Ballet Orchestra has sold over 75,000 copies. He has also recorded Tchaikovsky’s “Sleeping Beauty” and Prokofiev's “Romeo & Juliet” with that orchestra (available on iTunes), and Michael Gandolfi’s “Caution to the Wind” on the CRI CD label. Mr. McPhee conducted the Danish Radio Symphony Orchestra and the Aarhus Orchestra for the films of Martha Graham’s works telecast by DANCE IN AMERICA that included Samuel Barber’s “Cave of the Heart,” Gian Carlo Menotti’s “Errand into the Maze,” and Edgard Varese’ “Integrales,” “Offrandes,” and “Octandre.”Born in Philadelphia, Mr. McPhee received his L.R.A.M. from the Royal Academy of Music and University of London, and a B.M. and M.M. from The Juilliard School. While at Juilliard, Mr. McPhee was the recipient of a Naumburg Scholarship in Conducting and English Horn. He has studied with Leonard Brain, David Diamond, Thomas Stacy, Rudolf Kempe, Sixten Ehrling, and participated in master classes with Sir Georg Solti and James Levine while at Juilliard.

In recent seasons McPhee has conducted many orchestras at home and abroad including London’s Royal Philharmonic Orchestra, The New York City Ballet, and regularly appears as guest conductor for the Houston Ballet.

Some of the world's most distinguished dance companies for which Mr. McPhee has served as conductor include The Royal Ballet (England), Martha Graham Dance Company, Houston Ballet, The Joffrey Ballet, National Ballet of Canada, The Australian Ballet, the New York City Ballet, Den Norske Ballet in Norway, and The Royal Danish Ballet in Denmark.  In addition to a broad repertoire in the field of dance, Mr. McPhee has conducted pops concerts, musical theatre and operetta. He has also conducted grand opera with Opera Boston, the American Opera Center in New York, and Boston University Opera Institute.

Mr. McPhee was invited to conduct the Nashville Symphony as one of the conductors featured in the 2009 Bruno Walter National Conductor Preview by the League of American Orchestras. His collaboration with WCRB classical radio’s “Kids Classical Hour” earned a Gabriel Award in 1998. As Music Director for the Longwood Symphony Orchestra from 2005 to 2011, he garnered a Met-Life Award for Community Engagement in 2007 from the League of American Orchestras and the State of Massachusetts’ highest award in arts and culture, the Commonwealth Award, in 2011. As Music Director for Lexington Symphony, his Young People’s Program, “Orchestrating Kids Through Classics,” won the 2010 Music Advocate Award presented by the Massachusetts Music Educators Association (MMEA) as well as a NEA Grant in 2013. Lexington Symphony and Mr. McPhee also received an 2012-2013 ASCAP Award for Adventurous Programming of Contemporary Music.